Refurbishing a Mail Slot and Doobell

When I moved into my house, the mailbox was in pretty sorry shape. It was corroded, and the mail flap was stuck open. On top of that, it had an integrated doorbell that didn't work. Lastly, the entire border of the mailbox was covered with an ugly and aging caulk job, complete with rotting natural fiber insulation that had been there since god-knows-when. 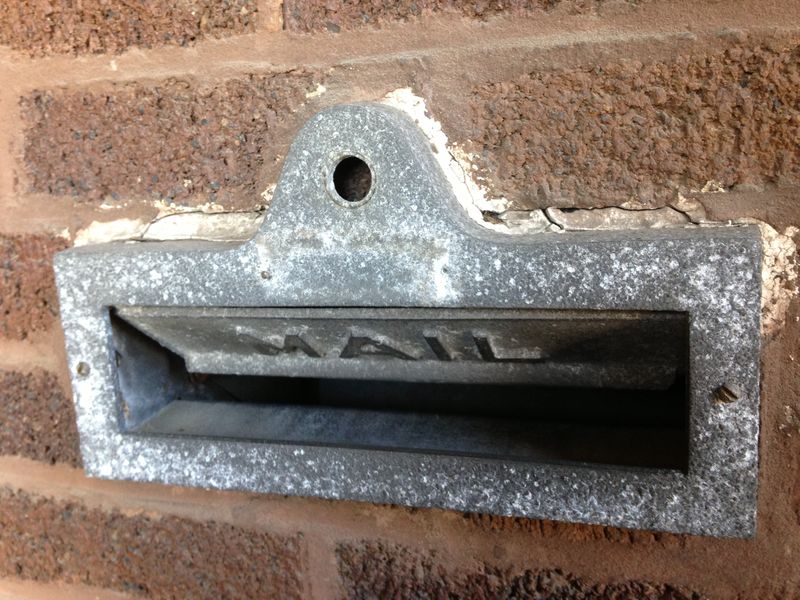 The first thing I did was try to get the doorbell working. Here you can see the original cloth insulated wires that were probably installed when the house was built in 1929. 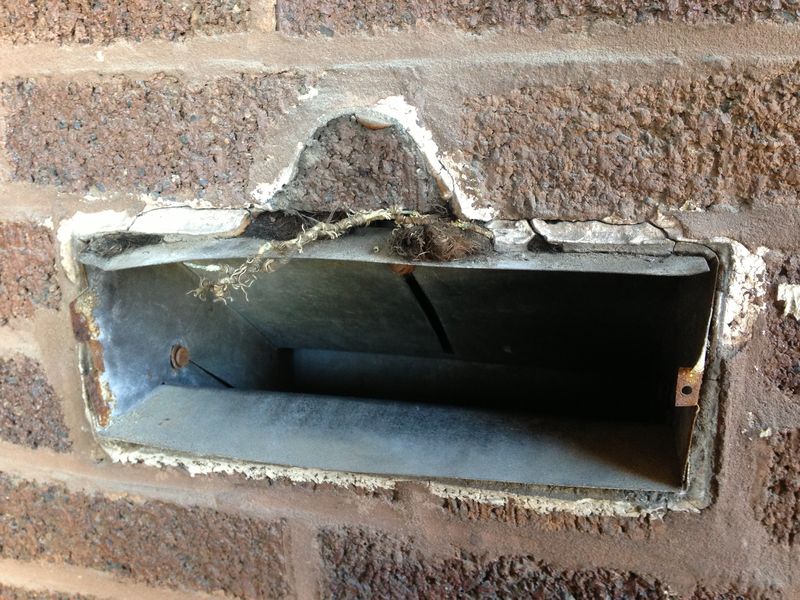 Surprisingly, the wires still seemed to be connected, and I found where they came out in the basement. So after replacing the button with a metal momentary pushbutton, I tried building a simple doorbell using an XBee radio and connecting it to the wires. I had a Raspberry Pi XBee basestation that I use for other projects, and I wrote a simple script to send a Pushover notification to my phone whenever someone pressed the button. 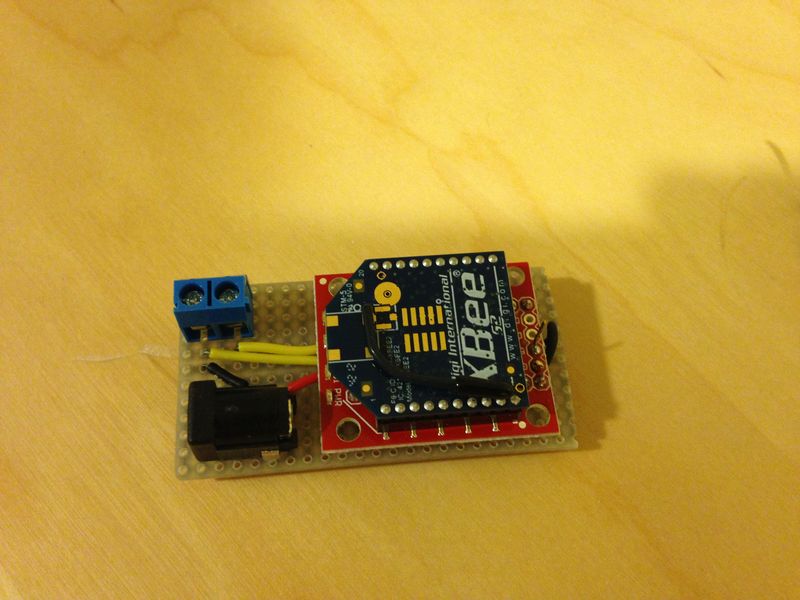 Unfortunately, there was an intermittent short in the wires. After getting 10 or so spurious doorbell notifications on the first day, I knew I had to take more drastic measures.
I found the Honeywell RCWL300A wireless doorbell on Amazon. I ordered it hoping that I could modify it to be activated by the doorbell that I had already bought, since I didn't want to just stick a big plastic button on the outside of my house. I opened it up and started tracing the circuit with the macro lens I have for my iPhone. 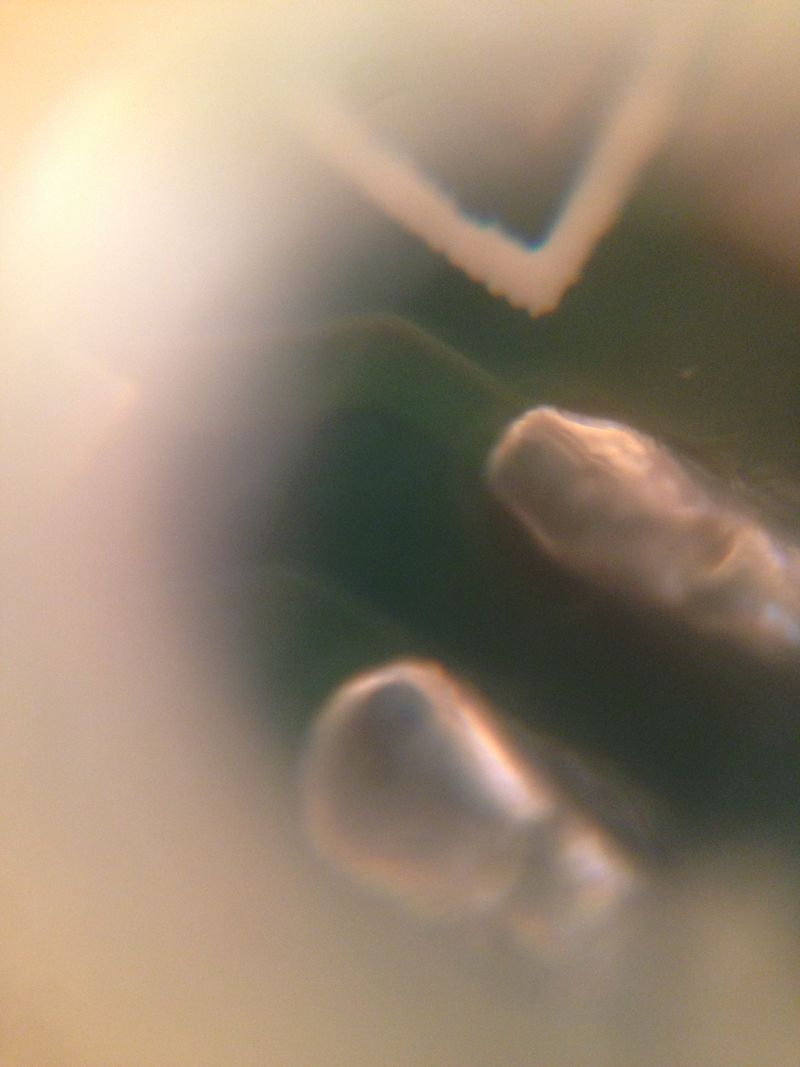 There were 5 solder points on the board, and I found two of them seemed to be connected to the doorbell button. Using a couple of leads, I confirmed that connecting the 2nd and 4th pins would trigger the doorbell. Huzzah! Then I soldered on a couple of wires, drilled two holes in the case, and then tucked the device up inside my mail slot. I then ran the wires up to the doorbell button, and I had a working doorbell (with a wireless chime to boot!). 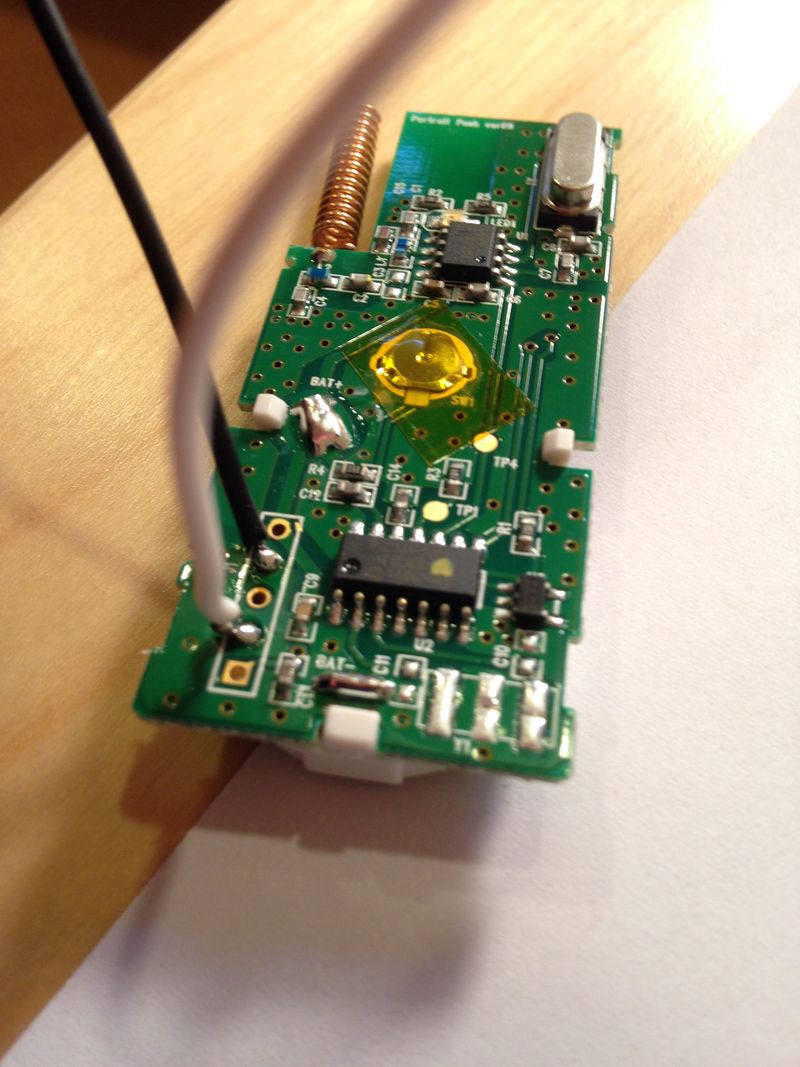 Then I turned my attention to the mail slot itself. The first step was just to take it apart, and considering that it had completely rusted open, this was rather challenging. The mail slot cover moved on an axle that was either welded or glued into the surrounding cover. I wound up just cutting it out with a dremel. I replaced it with a threaded rod and held it in place with a couple of nuts and lock washers. Then I took off all the corrosion with a combination of sandpaper and a wire brush wheel. Then I painted it with about 5 coats of Rust-o-leum Oil Rubbed Bronze metallic spray paint. I had my doubts about the paint adhereing to the surface, but it turned out pretty good. 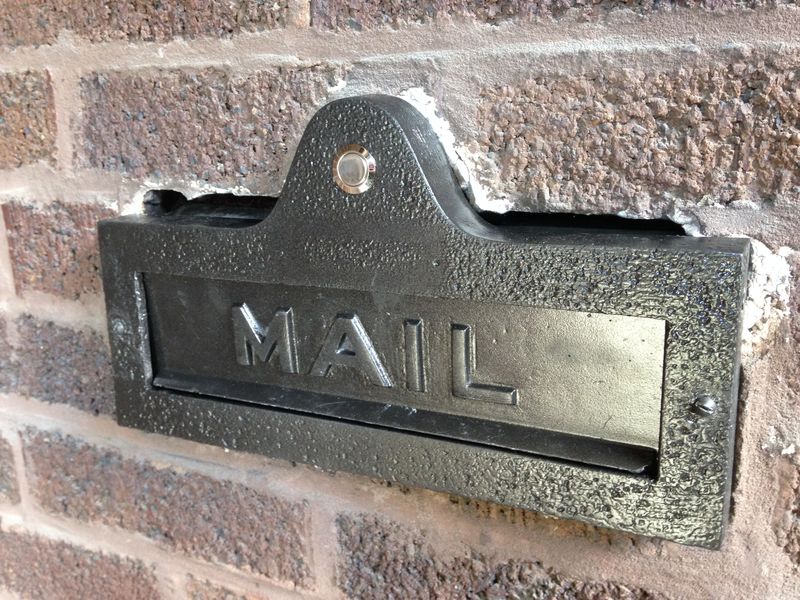 Next, I replaced the natural fiber insulation with some closed cell spray foam, which worked pretty well, although it was really a mess to apply. I then repositioned the mounting screws to shift the mailbox up a bit to cover the gap. 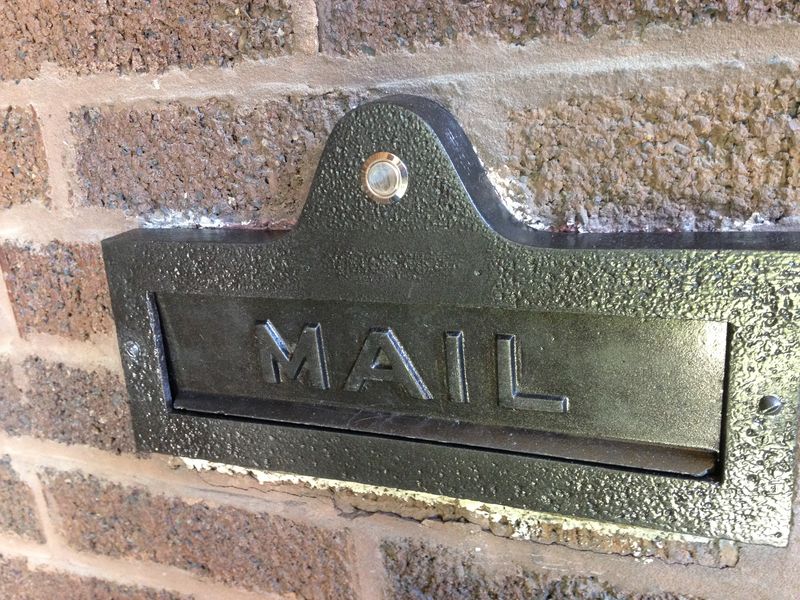 Of course, like every project, there a still a few rough spots I'd like to clean up. But as you can see, the end result is a big improvement.